The Kurdish YPG is considered the most successful army in the fight against the islamic fundamentalist “ISIS”. Devin, a Dutch Kurd, joined their medical team in 2016 for six months. Now he faces three years in prison in the Netherlands. We asked him about his motives for fighting against the “Islamic State” and his opinion on the reaction of the Dutch state.

Devin, what makes a person like you move to a war zone where a brutal opponent like ISIS fights?

There are many reasons why I went to Rojava. First of all, I have Kurdish roots. I have a Kurdish father. I couldn’t bear the injustice that the “Islamic State” inflicted on our people, the Kurdish people and all other people in Rojava.

I saw in the media and watched what was going on there. When I saw this, it felt like my duty to go to Rojava and contribute to the fight against IS, the enemy of humanity.

It was a good thing to do so. I was unable to sit at home happily while all these innocent people in Rojava are suffering from the ISIS-terrorists. So I had the opportunity to join the YPG (English: “People’s Defense Units”). They fight for freedom for equality between men and women, for ecology, for democratic confederalism and they respect all religions. I shared these ideologies, that’s why I went to the YPG.

“IT FElt LIKE MY DUTY TO GO TO ROJAVA”

What contribution did you make locally in the fight against ISIS?

I was a member of the YBT (Yekîneyên Bijîkî Taktîkî). You can translate that with “tactical medical unit”. The task of my unit was to build a field hospital, stabilize and evacuate wounded fighters.

We bring them to coalition forces who can carry out operations if necessary. But we also treated civilians and even the enemy. We followed our YPG fighters to the front so we could do our job.

I and my unit took part in the battle for the city of Tabqa and the dam. We saved over 150 lives there of fighters from the YPG, YPJ, QSD and other Syrian democratic forces.

If we didn’t do any surgery, we trained fighters to put on lifesaving associations. We also tried to deliver as many of them as possible.

How do you rate your trip to Syria afterwards?

When I think of my time in Rojava, I remember all the fighters and civilians I met and how they were doing. Are they still alive? Are they okay? I miss the different way of life there. Here you live under much more pressure and control. Of course I miss the comradeship and the friends.

I think we definitely did a good job as a medical team. We saved a lot of lives, so I’m proud of myself. I’ve done something, although a man’s actions may not change much. But I did something. Also my time in Rojava person changed me totally. In the right sense.

“WE SAVED MANY LIvES, SO I AM PROUD OF Myself”

When I came back, I realized how good our life is here compared to many other people in war zones and Third World countries. For this reason, I really appreciate what I have and how I live.

How did the Dutch state react to your return and actions in Syria?

When I got home, I found out that the local police had contacted my mother. She had asked her to call when I came back. Of course she didn’t. After that I turned to the local police myself. The police told me that they would not arrest me, but maybe they wanted to ask me some questions. So I said to them: ok, no problem, if you want to talk about it, call me and we’ll make an appointment.

After that, nothing happened for eight months. Then I was suddenly arrested and taken to Utrecht early one morning when I left home to go to work. I was held there for a few days. They accuse me of preparations for murder. They say: yes, you were a member of a group that kills people – even if they are fighters of the “Islamic State”.

How do you rate this impending judgment?

I find it very ridiculous and crazy. Especially when you look at the evidence they got. They really don’t have hard evidence, they have nothing that really proves what they accuse me of. I also think it’s a great hypocrisy. The Netherlands was part of the anti-IS-coalition and they supported the YPG themselves.

Have you already planned further steps as how to proceed after the judgment?

If the judgment is bad, we will not accept it and go to a higher court. And of course we will not end the fight against fascism and the oppression of minorities. 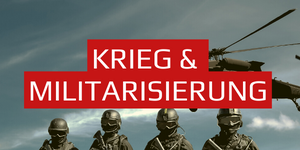 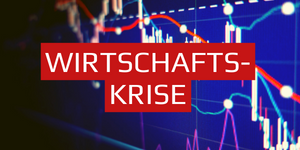 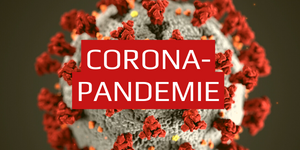